As a child I used to hide behind the fridge when the temple elephant passed by our street. But I always wanted to watch it  from a distance of course. On a recent trip to Valparai I was lucky enough to watch these gentle giants. We had accompanied a team which is working on the Elephant Human conflict. Ganesh Raghunathan from NCF was alerting the citizens about the presence of three  elephants in their vicinity. These elephants were grazing over a hill. I was in the company of three wildlife biologists talking in hushed tones about the elephants. Watch the video about their amazing work on using technology to alert citizens.

This movie, filmed by renowned filmmaker Saravanakumar focuses on the coexistence measures initiated by the Nature Conservation Foundation (NCF) on the Valparai plateau in the Anamalai hills. These current initiatives are based on long-term (1994 – 2014) scientific monitoring of elephants.

This elephant was watching us

Elephants grazing on the hill

It took some time to  overcome my childhood fear of these gentle giants. I finally sat down with them watching the sun set behind the hill. After this trip I came back and started looking for information on elephants.

From prehistoric times man has looked to wild and domestic animals for sources of herbal remedies. Both folklore and living examples provide accounts of how medicinal plants were obtained by observing the behaviour of animals. Animals too learn about the details of self-medication by watching each other.

In the 1930s, the late Mr. M. Manal, founder of Himalaya, traveled to Burma, where he observed locals feeding some plant roots to restless elephants to calm them. When he returned to India, he had the plant, Rauwolfia serpentina, clinically tested and discovered it was a natural tranquilizer with anti-hypertensive properties. After research and testing, Serpina, the world’s first natural anti-hypertensive medicine was launched in 1934.

Elephants are intelligent and have very good knowledge of  natural medicines. Zoologists and botanists are only just beginning to understand how wild animals use plant medicines to prevent and cure illness. The emerging science of Zoopharmacognosy studies how animals use leaves, roots, seeds and minerals to treat a variety of ailments. Indigenous cultures have had knowledge of animal self-medication for centuries; many folk remedies have come from noticing which plants animals eat when they are sick.

When a pregnant African elephant was observed for over a year, a discovery was made. The elephant kept regular dietary habits throughout her long pregnancy but the routine changed abruptly towards the end of her term. Heavily  pregnant, the elephant set off in search of a shrub that grew 17 miles from her usual food source. The elephant chewed and ate the leaves and bark of the bush, then gave birth a few days later. The elephant, it seemed, had sought out this plant specifically to induce her labor. The same plant (a member of the borage family) also happens to be brewed by Kenyan women to make a labor-inducing tea.

The feeding behaviour of Asiatic elephant (Elephas maximus) with food reference was studied in Kuldiha Wildlife Sanctuary in Odisha during 2007 to 2009. Though the study area houses a good number of plant species only 71 species were identified as elephant fodder plants. The food trail of elephant was observed as twig breaking, bark peeling, branch breaking, stem twisting uprooting and flower plucking in different regions of study area during different seasons. Alteration of predominantly browsing strategy with that of grazing around the year was related to seasonal variation of food plants. The elephants extensively fed on the plant species like Careya arborea, Kydia calycina, Helicteres isora, Mallotus philippensis, Aegle marmelos, Zizyphus mauritiona, Bauhinia racemosa, Bauhinia vahlii, Mimosa pudica, Asparagus racemosus, Smilax zeylanica and Dioscorea species. They were fond of Madhuca indica (Mahua) flowers in winter and fruits of Mangifera indica (Mango) in summer. They were never found feeding on Tectona grandis and Eucalyptus maculata inside the study area.

Careya Arborea fruits one of the favorite food of the elephants 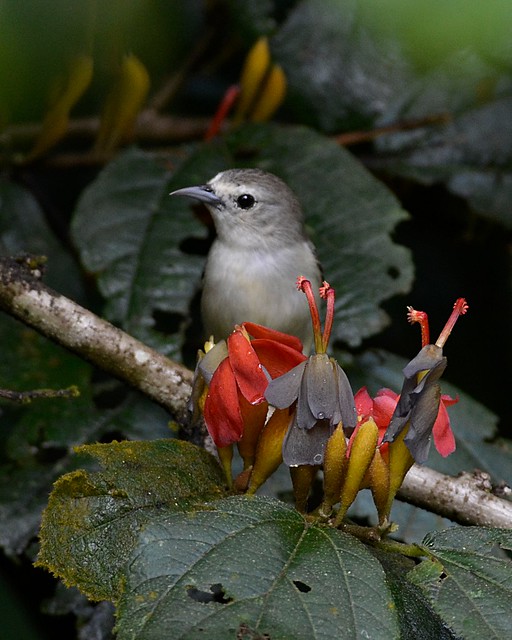